Medical-surgical Nursing, also known as ‘med-surg’, is a nursing specialty that makes up the foundation of nursing. In fact, many sub-specialties of nursing require that you have prior med-surg experience. Med-surg nurses are responsible for taking care of patients with acute medical issues, as well as those requiring surgical intervention, however, the med-surg umbrella term can often apply to any nurse not working in a specific specialty.

According to BLS data, the median annual wage for a med-surg RN was $73,300. Employment is expected to grow by 12 percent through 2028, which is exponentially faster than the average rate of growth for all other occupations (five percent). Demand is expected to increase due to an aging population, and greater need for nursing staff in care centers like hospitals, chemotherapy clinics, rehabilitation facilities, and in peri-op arenas.

According to NurseFly data on thousands of travel nursing jobs for the same period, travel nurses with a medical surgical specialty earned an average gross salary of $1,543/week. This includes non-taxable compensation like stipends for housing, meals, and incidentals, which averaged $1,162/week.

In terms of weekly pay, the medical-surgical specialty ranked 72 out of 82 nursing specialties based on NurseFly salary data for the past year. Last year, states like California and New Jersey had the highest average salaries for travel med surg jobs. You can explore salary trends for the current month in our med surg salary guide.

Explore jobs and compare agencies with NurseFly or create a profile and let the offers come to you.

Get matched with a job you'll love

What are the best agencies for Medical Surgical Nurse jobs?

The agencies on NurseFly that currently have the most Medical Surgical Nurse jobs are Stability Healthcare (1167), MedPro Healthcare Staffing (981), and KPG Healthcare (793).

How Much Do Medical Surgical Nurse Jobs Pay?

For jobs available on NurseFly as of Friday, January 22nd 2021, the average weekly pay for Medical Surgical Nurse jobs is $2,339, but can pay up to $8,162 per week. In 2021, Med Surg Nurses jobs on Nursefly paid a gross average weekly pay of $1,709 per week working an average of 36 hours per week. This includes non-taxable compensation like living stipends, meal stipends, and housing which add up to an average value of $1,166 per week.

What does a medical surgical nurse do?

Med-surg nurses monitor their patients for acute changes in physical condition, vitals signs, or lab values. These nurses prioritize patient safety, educate patients and families, mobilize patients, and monitor and administer a patient’s medication regimen. Med-surg nurses also need to know how to delegate tasks to ancillary staff, as well as chart accurate and complete documentation for their patients.

According to the Academy of Medical Surgical Nursing, med-surg nurses ‘provide care 24/7 and have more facetime with patients than any other professional in the hospital.’ It is also one of the most common travel nursing specialties.

Where do med-surg nurses work?

Med-surg RNs can be found in acute and sub-acute settings such as hospitals, clinics, and long-term care facilities. As a med-surg travel nurse, you are expected to work in a variety of settings with similar acuity levels. Med-surg nurses can work on general hospital floors like neuro, trauma, general surgery, oncology, cardiac, and many other areas of care. These nurses are working in a specialty, but are considered med-surg unless there is special monitoring or technology that requires additional training or certification.

How do I become a Medical Surgical Travel Nurse?

To become a med-surg travel nurse, you need at least 1.5 to 2 years of experience in the setting you wish to work. You must have at least an Associates Degree in Nursing, and have graduated from an accredited nursing school with subsequent passing of the NCLEX or equivalent (if you were trained abroad, requirements vary by state). Med-surg nurses are required to have their Basic Life Support (BLS) certification. Nurses are advised to get their Certified Medical-Surgical Registered Nurse (CMSRN) before traveling, but it is not always a requirement. 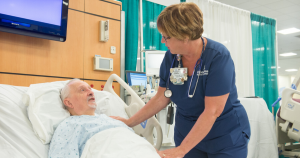 What is Medical Surgical ‘Med-Surg’ Nursing?

Posted on May 26, 2020
Medical-surgical, also known as ‘med-surg’, is a nursing specialty that makes up the foundation of nursing. In fact, many sub-specialties of nursing require that you have prior med-surg experience. Med-surg nurses are responsible for taking care of patients with acute medical issues, as well as those requiring surgical intervention, however, the med-surg umbrella term can… 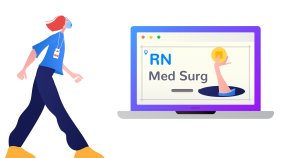 How much does a medical surgical travel nurse make?

Posted on May 21, 2020
Medical Surgical “med-surg” nurses monitor patients who are acutely ill or recovering from surgery in a variety of hospital and clinical settings. There are many opportunities to work and travel as a med-surg nurse and earn a higher salary while doing it. Last year, a travel nurse with a medical surgical specialty earned an average… 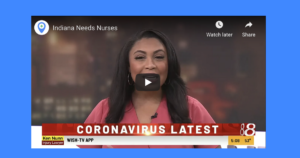 Posted on Nov 25, 2020
Indiana’s rise in cases means there is a need for traveling nurses here in Indiana. In fact, Hundreds of those positions are open across the state right now. News8 David joining us now. The president of Indiana’s hospital association said increasing hospitalizations are putting a strain on hospitals which creates staffing shortages in Indiana and… 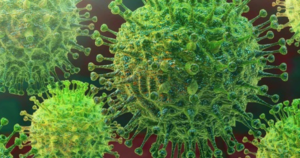 Posted on Nov 11, 2020
As the nation’s daily count of COVID-19 cases continues to rise, we are again seeing a major demand for nurses and travel nurses in facilities across the country. For some of us, we have experienced this public health catastrophe in waves, while others have been working COVID crisis contracts since March. Either way, nurses have…

Explore jobs and compare agencies with NurseFly or create a profile and let the offers come to you.

Get matched with a job you'll love